By Nora Jacobson | Notes from the Director | No Comments
Our two screenings of The Hanji Box last week in the NY metropolitan area were amazing and quite different. In New York, at the Sylvia Wald/Po Kim Gallery, the audience consisted mainly of young adult Korean adoptees. At the Film Society of Summit, the audience were mainly the parents of adopted kids. Both discussions were fascinating, and it left me wondering what if those audiences had been combined? That would have been an interesting discussion!
We are now busy developing a study guide that can foster discussions after viewing the film, as well as a sequel… Stay tuned! 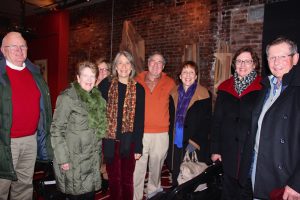