I have always been fascinated by the complexity of people’s emotional lives, and how political, historical and social forces outside us affect us internally.

The Hanji Box is a cross-cultural love story, inspired by Meg Dean Daiss Hurley’s essay about her own experience as an adoptive mother. I was intensely moved and fascinated by her immersion into Korean culture, and her desire to connect with the birth culture of her adopted child. I was also interested in her love affair with a Korean man: To me it seemed as if she unconsciously wanted to become Korean—so as to erase the cultural and racial difference between her and her adopted Korean children.

One could almost say that The Hanji Box is an adoption story in reverse: an adoptive mother wants to be adopted by her daughter’s birth culture.

The film also tells a universal story about family, loss, love and reconciliation. It’s hard enough to grow up, and it’s hard enough to be a parent. With adoption, and especially inter-racial adoption, all of those family dynamics—of identity, of worthiness, self-image, possessiveness—can become magnified to an even greater degree. To me it seems a ripe and potentially dramatic area to explore. 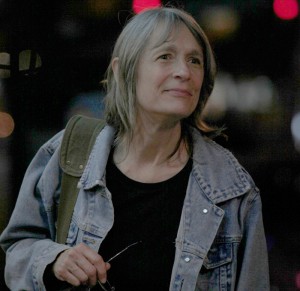 Nora Jacobson is an award-winning independent filmmaker. Her first feature-length film Delivered Vacant was selected for the Sundance Film Festival, the New York Film Festival and won the Golden Gate Award at the San Francisco Film Festival. Praised by critics, the film was hailed by Vincent Canby of The New York Times as “a fine, rich film…an urban epic” and is distributed by The Cinema Guild.

Jacobson’s latest project is a 6-part collaborative film about Vermont, Freedom & Unity: The Vermont Movie. Taking 8 years to complete, this ground-breaking series involved several dozen Vermont filmmakers. Jacobson was the Project Director and supervising editor. Ken Eisen, from the Maine International Film Festival calls it “…One of the most entertaining, thought-provoking and just plain terrific pieces of cinema history ever created.”

Ms. Jacobson has completed two other features My Mother’sEarly Lovers, adapted from an autobiographical memoir by Vermont writer Sybil Smith, and Nothing Like Dreaming, which recently opened at The Museum of Fine Arts in Boston and was released theatrically. The Boston Globe raved, “You come out of Nothing Like Dreaming wanting to hear…a lot more from Nora Jacobson.”

Ms. Jacobson grew up in Vermont and Paris, France. She holds a M.F.A. from the School of the Art Institute of Chicago and a B.A. from Dartmouth College. She has received a Guggenheim Fellowship, a National Endowment of the Arts Media Fellowship, and an LEF Foundation grant for her work. Her feature script for “The Hanji Box” was a finalist for the Emerging Narrative Award at the Independent Feature Market.